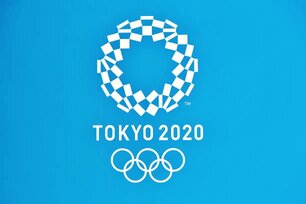 A total of 28 people are going to attend the opening ceremony for the Tokyo Olympics on Friday evening, at the national stadium of the Indian Olympics Association. President Narinder Dhruv Batra confirmed on Thursday that 22 Athletes and 6 officials are going to attend from the Indian contingent. The athletes will include both the India flag, bearers. The flag bearers are six-time world champion boxers. M.C merry com and national man hockey team skipper Manpreet Singh.
The reason for all athletes not attending the ceremony is that most of the Indian matches are scheduled on the first day of the Olympic competition’s which is on Saturday. The ceremony will end after midnight.
According to Tokyo time and Athletes will face difficulties in morning matches on Saturday, without proper sleep and rest. Only Manpreet and MC merry com agree to lead the Indian contingent flag, even after they have a scheduled match on Saturday.
India’s free-style wrestler Bajrang punia is going to be the country’s flag bearer at the closing ceremony on August 8.  The number of participants in the opening ceremony of the Indian contingent is hockey 1, boxing 8, table tennis 4, rowing 2, gymnastics 1, swimming 1, sailings 4, fencing 1, and total no. 6 officials.
The IOA (Indian Olympics Association) president told that numbers can be changed at any time. The teams or games from which the players not participating in the opening ceremony are, archery Judo, badminton, weight lifting, tennis, hockey, and shooting.