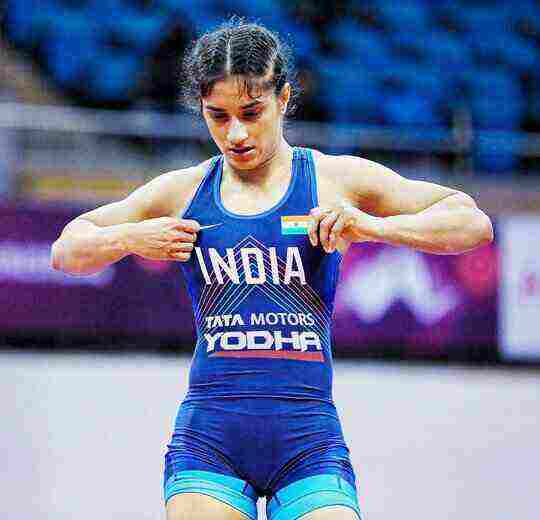 The 26-year-old Indian wrestler came out with a memorable 7-1 win over the Sweden wrestler, whom she had also defeated at the 2019 World Championship as well. Next Vinesh Phogat has to defeat Belarus’ Vanesa Kaladzinskaya.

Every time Mattsson tried a right-leg attack, Vinesh made a splendid counter to score points.

Displaying her massive power, Vinesh turned the Sweden athlete from a difficult position on the edge of the mat when she could have won a point.

The Indian maintained the aggressiveness throughout and even got herself into a position for a clean sweep  but the Swede escaped the embarrassment by earning a point.

Vinesh had also defeated the Swede in her opening round of the 2019 World Championship, where she locked her Tokyo Games quota and a bronze medal.