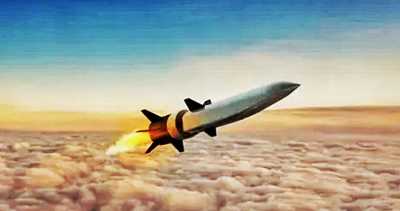 Washington, PTI: According to a recent US study, India is one of the few countries in the world working on hypersonic weaponry. This claim comes at a time when reports have surfaced that China has successfully tested a hypersonic missile with nuclear capabilities. According to the report, the missile circled the globe before striking the objective. This missile exhibited every contemporary space capability, as well as surprising American intelligence services.

This week, the Congressional Research Service of America released a new study. According to this, the United States, Russia, and China are the only countries working on sophisticated hypersonic missiles, but Australia, India, France, Germany, and Japan are also working on hypersonic weapon technologies. According to the article, although Australia has partnered with the United States, India is working with Russia on this technology.