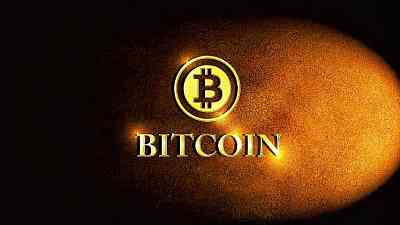 Bitcoin is available for as little as 500 rupees, and its value is at an all-time high

On Wednesday, bitcoin reached a new high of $66,000 (Bitcoin Price in India). This has attracted the market’s interest. However, bitcoin is becoming increasingly popular among financial institutions. Bitcoin is now worth $66,901.30, up 7.6 percent. It went up to $67,016 after that. It had hit a low of $30,000 in the summer. Bitcoin’s previous high was $64,889, according to CoinDesk. The good news is that you may invest in Bitcoin for as little as Rs 500, despite the fact that its price is increasing.

The price of bitcoin, according to Matt Dibb, COO of Singapore-based Stack Funds, will continue to rise. It may cost between $80,000 and $90,000. There will be highs and lows, though. Traders have been withdrawing more funds in order to participate in Bitcoin Futures in the last few days. Ether, the second most valuable cryptocurrency behind Bitcoin, has achieved a high of $4203.

Investors were quite interested in bitcoin-linked exchange-traded funds (ETFs) just a day ago. Cryptocurrencies have benefited as a result. Bitcoin is not a direct investment in an exchange-traded fund (ETF). It puts money into the bitcoin futures market. ETFs, according to the industry, is attracting a new type of investor. The creation of a Bitcoin ETF, according to traders, will boost investment in virtual currency.

The value of Bitcoin is increasing

What is the best way to buy bitcoins in India?

In India, there a plenty of companies where you may buy Bitcoin. Before acquiring it, you must complete your Know Your Customer (KYC) process. Aadhaar and a Pan Card would be required for this. Payment may be made by NEFT, RTGS, Debit Card, or Credit Card.

Who has the greatest number of bitcoins?

The highest Bitcoin reserves belong to Microstrategy. There are 1,14,041 bitcoins in this company’s possession. For $3.16 billion, it purchased them. Tesla holds 43,200 bitcoins at the same time. Their market capitalization has risen to $2.6 billion.

Happiness disappeared from the stock markets again, except banking, all shares were decreased

The Nifty jumped more than 250 points in morning trade on Thursday, owing to a good trend in global markets and increases in HDFC, HDFC Bank, Kotak Bank, and Infosys shares, but the profits disappeared by the evening. With a 336-point drop, the Nifty ended at 60,923. Investors thrashed all stocks except banks. Asian Paint was the worst-affected, losing over 5% of its value. RIL and Infosys were also failing.

The Nifty 50, on the other hand, disappointed expectations and was unable to continue its 0.51 percent momentum. The NSE main index ended the day at 18,178, down 88 points. With a rise of over 2% in the morning session, Sun Pharma was the highest gainer on the Sensex. POWERGRID, NTPC, HDFC, Kotak Bank, and M&M came in second and third, respectively.

According to stock market statistics, foreign institutional investors (FIIs) were net sellers in the capital market on Wednesday, selling shares worth Rs 1,843.09 crore. In mid-session transactions, Shanghai and Seoul, among other major Asian stock markets, were trading with gains, while Hong Kong and Tokyo were trading with losses. Meanwhile, Brent crude, the international oil standard, dropped 0.08 percent to $85.75 per barrel.