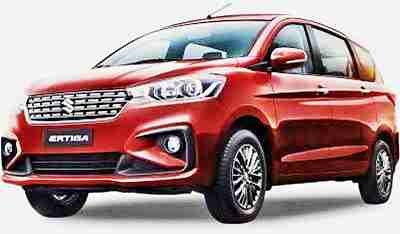 Toyota, the world’s largest manufacturer, has long been known in India for its Glanza and Urban Cruiser models. Toyota plans to add a few more vehicles to its line-up in India, some of which will be new cars and some of which would be rebadged versions of Maruti’s current cars, to take this success to a new level. For the time being, we’ve compiled a list of five forthcoming Toyota vehicles in this post.

The Rumion MPV (rebadged Maruti Ertiga) was just introduced in South Africa by Toyota. The corporation is anticipated to offer it in India after that. The new Toyota MPV will be equipped with features comparable to the Ertiga, as with other rebadged Maruti automobiles. In India, the Ertiga 1.5-liter petrol engine (with an optional CNG kit) is available. As a result, it’s safe to assume that the Rumion will have the same engine.

In India, Toyota is planning to introduce a new car to replace the Yaris, which has been withdrawn. This latest design will be a base model of Maruti Ciaz dubbed ‘Belta.’ The Toyota Belta will use the same 1.5L petrol engine as the Toyota Ciaz.

Maruti Suzuki and Toyota are also working together to develop a new model SUV for the Indian market, which will be marketed as the Vitara Brezza/Urban Cruiser’s next generation. Many new amenities, like an electric sunroof, a larger infotainment touch screen, and six airbags, are expected to be included in this new SUV.

Toyota is also developing a new mid-size SUV for India and this will be a direct competitor to Creta. The new model will be developed at Toyota’s Bidadi facility and will be based on the New Generation Architecture (DNGA). Let us inform you that Maruti Suzuki will release this SUV under its own brand.

The new Toyota Land Cruiser (300 series) will be available in India soon. Before the end of the year, the SUV was scheduled to be available as a CBU import. Unfortunately, owing to worldwide semiconductor shortages, the manufacture of the LC300 has been hampered, with media sources from Japan claiming a four-year wait for this year. The latest generation Land Cruiser, meanwhile, will be released in India next year, according to Indian media sources.