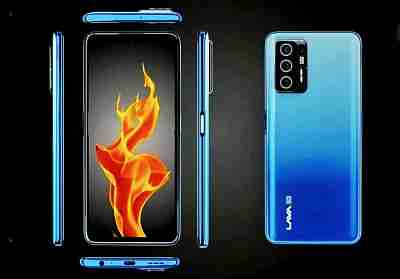 For a long time, Lava AGNI, the company’s first 5G smartphone, has been making headlines. There have been several leaks of information about this device. A new rumor has appeared, revealing the impending Lava AGNI’s debut date as well as certain characteristics. Unfortunately, no details on the price or features of this future product have been released by the firm as of yet.

The Lava AGNI 5G smartphone is planned to launch in India on November 9, according to a Gizmochina report. This information had been unintentionally posted on the company’s official YouTube channel. The debut date, however, has since been omitted.

The MediaTek Dimensity 810 processor is available:

The MediaTek Dimensity 810 chipset might be used in the Lava AGNI 5G smartphone for improved performance. This phone might have 4GB of RAM and expandable storage. Aside from that, the smartphone is believed to include a 5000mAh battery with fast charging functionality. At the same time, this phone will come pre-installed with Android 11.

In the Lava AGNI 5G smartphone, connectivity options include Wi-Fi, GPS, Bluetooth, and a USB Type-C port. Speakers, on the other hand, are located at the bottom of the smartphone.

The pricing of the Lava AGNI 5G smartphone, according to Tech Reporter Abhishek Yadav, can be fixed at Rs 19,999. Aside from that, little information has been discovered.

Last year, this smartphone was specially released for ladies: