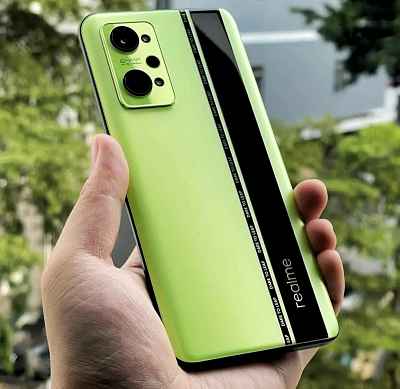 On October 13th, Realme GT Neo2 will be released in India. On the company’s official website, a microsite for this smartphone has been activated. In terms of specifications, Realme’s latest smartphone includes Qualcomm’s Snapdragon 870 CPU, 5G connectivity, and a 120Hz refresh rate AMOLED screen. A strong battery, which supports 65W rapid charging, may also be added to the device.

Launch of the Realme GT Neo 2:

On October 13th, Realme GT Neo2 will be released. At 12.30 p.m., the show will begin. The company’s official YouTube channel and Facebook page will broadcast the event live.

A 6.62-inch FHD+ E4 AMOLED display will be featured in the Realme GT Neo2 smartphone. It will have a 120Hz refresh rate, a 600Hz touch sampling rate, and a brightness of 1300 nits. Corning Gorilla Glass 5 will be utilized to protect the screen in this case. Aside from that, the smartphone will include a 5G connection and an in-display fingerprint sensor. At the same time, this smartphone will run the Realme UI 2.0 operating system, which is based on Android 11.

The Realme GT Neo 2 smartphone will have a triple back camera system, with the primary lens being 64MP. It will have an 8-megapixel ultra-wide-angle lens and a 2-megapixel depth sensor. Aside from that, the phone has a 16MP camera on the front.

The Battery and Connectivity of the Realme GT Neo 2:

The Realme GT Neo 2 smartphone comes with a 5,000mAh battery that supports 65W rapid charging. Apart from that, the smartphone includes Wi-Fi, GPS, Bluetooth, an audio jack, and a USB Type-C connector for communication.

The Realme GT Neo 2 smartphone’s pricing is yet to be revealed, but it’s expected to cost in the range of Rs 25,000 to 30,000 in India. Neo Black, Green, and Black color choices are available for this smartphone.