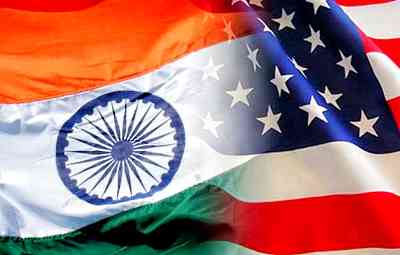 Washington (ANI): On a variety of subjects, efforts are being made to enhance relations between the United States and India. In the same line, US Department of Justice Civil Division Consumer Protection Branch Deputy Assistant General Arun G Rao and FBI officials met with officials from the Central Bureau of Investigation in Delhi this week. The purpose of the conference was to improve law enforcement collaboration. This material was provided by the US Department of Justice. The conference was held in Delhi.

The objective of this conference and discussion, according to a representative from the Department of Justice, is to tackle telemarketing fraud. During the meeting, the two countries confirmed their shared commitment to improve cooperation in the fight against crime, especially in the development of investigating and preventing cyber-enabled financial fraud and worldwide telemarketing fraud, including international rob calls and communications.

During this conversation, all sides agreed to work together to avoid technology-based crimes and to share information and evidence as quickly as possible, ensuring people’s safety while adhering to the regulations and the law.

Building such relationships on both sides will aid in the reduction of crime. Let us inform you that, in today’s world, criminals are increasingly adopting technology to perpetrate crimes on a massive scale. It will be feasible to reduce such crimes with such collaboration and speedier information exchange between the two nations. At the moment, crime has grown considerably as a result of telemarketing, which might be curtailed in this way. Moreover, the relationship between India and the United States is steadily improving. With Donald Trump’s presidency, it started to gain support.