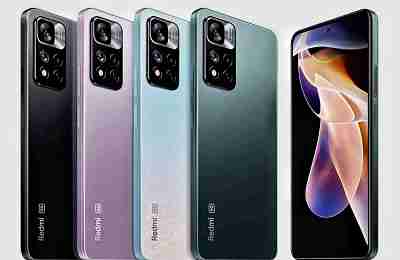 In the month of November, a slew of exciting smartphones will be released in India. Poco M4 Pro 5G and Lava Agni, two low-cost smartphones, have been announced as a result of this. Both of these devices will be 5G. On the same day, on November 9, it will be released. Aside from that, in November, Motorola introduced the Moto 51 5G, Oppo Foldable Phone, and Redmi Note 11 series. This month will also see the launch of Nokia’s T20 tablet.

– In November, Oppo will release its foldable smartphone.

– A Snapdragon 888 processor, an 8-inch OLED display, and a 120Hz refresh rate are all possible features for this foldable phone.

– On the rear panel of the phone, there will be a 50-megapixel camera.

2. LAVA Agni 5G is the second on the list of products:

– On November 9, LAVA will introduce its first 5G smartphone. Lava Agni 5G is its name. On November 9th, the phone will ring at 12 p.m.

– The display of the LAVA AGNI 5G smartphone will refresh at 90Hz.

– It will use a MediaTek Dimensity 810 5G chipset with an octa-core processor.

– A 5,000mAh battery will be installed in it. Additionally, a USB Type-C port will be available.

3. The Redmi Note 11 Series is the third product in the series:

– The 6.6-inch screen of the Redmi Note 11 5G smartphone will be available.

– The phone is equipped with a MediaTek Density 810 processor.

– The Redmi Note 11 5G has a dual rear camera configuration. It will have a 50MP primary camera. This secondary camera would have an 8MP resolution. A 16MP selfie camera will be included.

– 5G connectivity will be available, as well as a 50MP triple rear camera configuration.

– On the e-commerce website Flipkart, a microsite for Nokia’s upcoming tablet Nokia T20 has gone online.

– The tablet can have an 8MP back camera and a Unisoc T610 Octa-Core CPU.