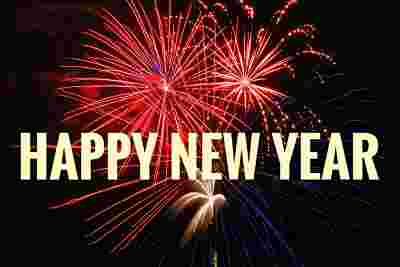 What is the significance of Celebrating January 1st as New Year’s Day?

What is the original New Year’s story?

It was about 45 BCE that January 1 became known as the start of the new year. Before then, the Roman calendar had 355 days and began in March. Between February and March, an extra 27-day or 28-day intercalary month is occasionally added.

Julius Caesar, the Roman ruler, altered the calendar shortly after assuming power in the late 1st century BCE. Despite its popularity, vast portions of Europe did not embrace the Julian calendar until the mid-16th century CE. With the arrival of Christianity, January 1 was considered pagan as the start of a new year, but December 25, with its religious implications around the birth of Jesus, was seen perfectly acceptable.

Caesar’s calculations were similarly off, causing the new year’s day to change regularly. Only until Pope Gregory changed the Julian calendar as well as established January 1 as the first day of the year did it gain widespread acceptance.

Romulus, the founding father of Rome in the eighth century BCE, devised the early Roman calendar. By adding the months of Januarius and Februarius, Numa Pompilius, who took power a year later, made it a 12-month year.

However, because it was based on the lunar cycle, this calendar was frequently out of step with the seasons. Furthermore, the pontifices, or members of the committee of priests charged with supervising the calendar, were sometimes blamed for adding days to the calendar to obstruct vote dates or prolong a political tenure.

Julius Caesar endeavored to modify the calendar after coming to power in 46 BCE, with the help of Alexandrian astronomer Sosigenus. Sosigenus proposed abandoning the lunar cycle and instead of following the sun, as the Egyptians did. As a result, the year was computed to be 365 days and 14 days.

Caesar, unusually, added 67 days with the year 46 BCE for the new year in 45 BCE to start on January 1. This date was selected because of the honor of Janus, the Roman God of Beginnings, who is said to have two sides, one looking back in time while the other looking forward. Following that, ancient Romans commemorated the day by presenting sacrifices to Janus and exchanging gifts.

Well with the introduction of Christianity, meanwhile, many sections of Europe saw the honoring of a Roman God as a heathen ceremony. As a result, Christian authorities in medieval Europe strove to mark the start of a new year on a day with more religious importance, such as December 25 (Christmas) or March 25 (Easter) (the feast of Annunciation).

Caesar and Sosigenus similarly made a mistake while estimating the number of days in a solar year. In a solar calendar, the number of days is 365.24199, not the 365.25 that Caesar estimated. As a result, every year there was an 11-minute gap, which built up to roughly 11 days by the year 1582. In his essay ‘The Gregorian Calendar,’ historian Gordon Moyer states, “This deficiency was of primary concern to the pope; if the Julian calendar had remained in use, Easter would eventually have been celebrated in the summer.” This quest to standardize a calendar that was best fit for such Christian life of the Medieval Era started after that.

This is not a simple change. To do this, Pope Gregory gathered a distinguished group of astronomers, mathematicians, and theologians. The biggest problem it had was coping with such a fraction of a day at the ending of the year, a problem that plagued practically every civil calendar.

Aloysius Lilius, an Italian scientist who helped on the Gregorian calendar, introduced a system in which every 4th year will be a leap year, although century years which were not divided by 400 would be excused. For example, leap years occurred in 1600 and 2000, but not in 1700, 1800, or 1900. The papal bull of February 24, 1582, legally introduced these amendments, igniting a firestorm of controversy among religious leaders and intellectuals.