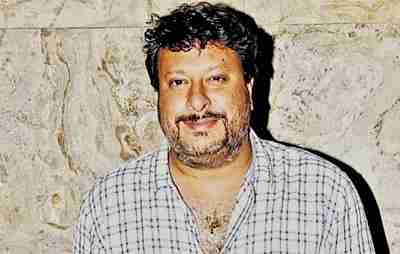 Tigmanshu Dhulia said, “It is very simple to earn crores, but it is much more difficult to earn the first lakh”

OTT has been a good omen for writer, director and actor Tigmanshu Dhulia.  ‘Yaara’ is one of the best films released on OTT.

He became the Paras of ‘Criminal Justice’.  And, now he has come up with ‘The Great Indian Murder’ which is based on Vikas Swarup’s novel ‘Six Suspects’.  Interestingly, producer Preeti Sinha has been trying to make a film on this book for the last five years.  Its writer Vikas Swarup has woven the fabric of the story, in which Preeti has made a lot of changes while making the series.  An exclusive conversation of Pankaj Shukla, Advisor Editor, Amar Ujala with the captain of this series, Tigmanshu Dhulia.  Some excerpts of this conversation have been published in the cine column Bindass of Amar Ujala newspaper on Saturday.  Read the interview in detail here.

According to Ashutosh Rana, for the series ‘The Great Indian Murder’, he said yes just after hearing your name?  What’s so special about it?  Will the audience get to see something new?

I can’t say what’s new because I haven’t tried to make anything that hasn’t been made before.  Yes, this is the first time for me that I am working on a murder suspense thriller.  I try not to repeat myself.  Which is this thriller genre, plot driven murder mystery.  I have rarely done such a thing.  Maybe ‘Criminal Justice’ was a Disney Plus Hotstar show of mine, I made the first two episodes of it.  Apart from this, I have made such a plot driven in which something new happens due to opening of some old history, background of a character, something new comes out that things start falling apart.  I did not do such a thing.  But it was fun to watch.  I felt that the murder mystery or thriller genre is the one thing that the audience enjoys watching the most.  That’s why if you watch shows like Crime Patrol etc., they are very popular.  This is a story that as you are going on the road and there is an accident, everyone’s neck is outside the vehicles to see what happened.  The only attempt was to make it bigger than the plot attempt and that material was already in the novel.  He had a chance to do so.  That’s why this story revolves all over India.  And, the domino ripple effect of that murder is its story in the whole society.  What is its effect?  That’s why this is The Great Indian Murder.  However, I was not very much in favor of naming it The Great Indian Murder.  You are praising yourself.  But many people, all the Panchs agreed, then it was named.

Today’s youth is now able to talk about anything by looking at the eyes of the age. How much has the character of youth on screen changed since ‘Haasil’?

This is the character of Prateek, especially Prateek in this series because whatever you are saying, that youth has changed in a particular cast or class, it will be seen in its character differently.  And the rest of the characters are trapped in their own social situations and are struggling with them too.  Everyone has their own complexes but the character of Suraj Yadav.  What changes have come after 90’s politics.  There is a circle, there is a circle.  He gave great encouragement to regional politics, especially in the politics of North India.  And that class which was earlier deprived of social equality, that class has got a stability.  We have got political power as well as economic power.  Every coin has two sides.  So they have changed but progress has slowed down.  Then whatever they got, they got it very fast.  So its big symbol is the character of Prateek Gandhi.

READ MORE: Kim Kardashian’s bikini that will always be in trend. This is how it looks

And, how much did the novel help you in creating it?

It was very interesting that the characters of Prateek and Richa are not in the book.  They are out of the book.  While reading the book, I was wondering who will do the investigation.  So when the novelist is writing, sometimes the first person and sometimes the third person writes what I am thinking.  As Ravi was thinking that if he has only two rupees in his pocket, then from where will he eat dinner.  Earlier it used to happen in films or plays that the character used to say looking at the sky that this thought was arising in my mind.  If there is no fort behind, the artist used to say that I am standing in front of the fort.  This cannot happen in movies.  It can’t go on.  That which he is thinking, to bring out that is called adaptation.

And one interesting thing happened that when I was writing, both these characters were written.  The scripting was done.  When the second round of Pandemic came.  Everyone sat at home.  So watching or reading OTT content was all that was left to do.  I am fond of reading.  So I came across a book by Sanjaya Baru who wrote Accidental Prime Minister, India’s Power Elite, when I started reading it, the things that came in it, I said that hey, I have written it in The Great Indian Murder.  There was a lot of similarity between the two.  I felt that some book had seconded my thinking.  And emphasised and underlined that what I am thinking is correct.  It was great fun doing this.

READ MORE: It was difficult to recognize the old ‘Sonu’ of ‘Taarak Mehta’, Tappu will be shocked to see the situation

In the trailer of the series, Raghubir Yadav’s character says at one point, ‘I am Gandhi’ and the woman standing in front slaps him, what is the motive behind this scene?

Might be the writer will be able to tell the development better, but I will only say that there are two sides to this character.  Black and white means black and white.  So this is the white face which is a symbol of purity.  Even now the symbol of truth, honesty and struggle is Gandhiji.  And on the other hand his second character is the character of Mohan Kumar.  I don’t think there will be any white man greater than Gandhiji in our entire social awakening of India.