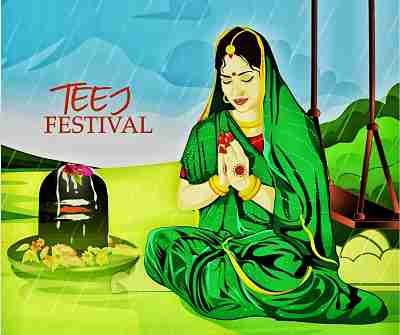 Magh month Teej-festivals: During this holy month, major festivals such as Gupt Navratri and Vasant Panchami will be celebrated

Magh month will last from 18 January to 16 February.  Festivals like Mauni Amavasya, Gupt Navratri and Vasant Panchami will be celebrated in this month.  There is also a tradition of worshiping Lord Vishnu with pilgrimage bath and charity this month.  According to Padma Purana, the donation made in the month of Magha gives renewable results.  That is, its virtue never ends.  It has also been told that salvation is attained by bathing in pilgrimage this month.  Therefore this month is considered holy.

Friday, January 21: This day will be the Chaturthi of Krishna Paksha of Magha month.  It is also called Til Chaturthi.  Donate sesame and jaggery on this day.  Do fasting for Ganesha.

Saturday, January 29: This day is the Dwadashi of Magha Krishna Paksha.  This is called Til Dwadashi.  Donate sesame seeds on this day.  Special worship and fasting with the consecration of Lord Vishnu fulfills the wishes.

Tuesday, February 1: This day will be the new moon of Magh month.  It is called Mauni Amavasya.  Do incense-meditation of ancestors on this day.  Take a bath in a holy river and do charity.

Wednesday, February 2: This will be the first day of Gupt Navratri.  The Shukla Paksha of Magh month will start from this day itself.  During these nine days, ten Mahavidyas will be worshipped.

Friday, February 4: This is the Chaturthi of Shukla Paksha of Magha month.  This date is considered very auspicious for worshiping Ganesha.  Ganesha’s fast is observed on this day.

Saturday, February 5: This day is Vasant Panchami.  Mata Saraswati appeared on this date.  Saffron rice is offered to Goddess Saraswati on this day.

Saturday, February 12: Jaya Ekadashi will be on this day.  Worship Lord Vishnu and his incarnation Shri Krishna on this day.  Offer Makhan-mishri with Tulsi to Bal Gopal.

Sunday, February 13: Kumbh Sankranti will remain on this day.  Sun will enter Aquarius.  There is a special significance of bathing in holy rivers and visiting pilgrimage on this day.

Saturday, February 16: On this day the last date of Magha month i.e. full moon will remain.  On this day bathe in holy rivers and do charity.  There is also a tradition of reciting the story of Lord Satyanarayan on Purnima.