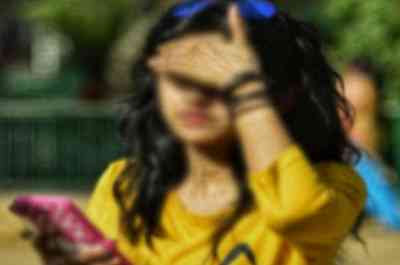 BSEB Bihar Board Exam 2022 Inter examination is going on in Bihar.  Elaborate arrangements have been made by the administration regarding this, but in Nawada, a girl student has done such an act inside the examination center, knowing that everyone is stunned

Sansu, Rajauli (Nawada).  The Inter examination in Bihar has started from February 17 and will continue till February 24.  Elaborate arrangements have been made by the administration for the malpractice-free examination.  The examinees have already been informed about which items are not allowed to be brought to the examination center, but after that a student in Nawada has done such a thing which has left everyone stunned.  In fact, mobile and ear phone were confiscated from a girl student in the first shift of matriculation examination at Inter School Rajauli Center on Saturday.  She used to read the question paper through ear phone, the answer was being told from the other side.

As soon as the mobile was found, the girl student was immediately expelled from the examination.  Mobiles and ear phones have been confiscated.  It is said that the girl student said that she does the same at home.  Now the question is arising that every examinee is closely examined at the main entrance of the examination center, even after this, how did the student enter inside with mobile and ear phone.  This makes it appear that girl students are not being screened at the entrance.

READ MORE: Opinion: Fixing rural education means everyone should be at the table | Education

The matriculation examination is being conducted at 36 centers in the district in a peaceful and malpractice free environment.  On Friday, the third day of the examination, a fake examinee was caught giving the examination instead of another.  At the same time, three candidates were expelled for cheating.  According to the information received from the District Control Room, in the second shift examination, a fake candidate from Dr. Gangarani Sinha Inter College was caught and handed over to the police.  In the first shift, two candidates from Middle School Kendua and one from Inter School Rajauli were expelled for misconduct.