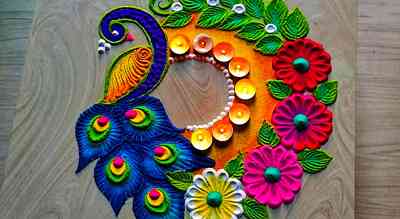 Children from the eighth grade won the Rangoli competition

On Monday, International Mother Language Day was celebrated with a ceremonial ceremony in the Upgraded Middle School, Kailashpur, located in Municipal Corporation Ward No.  Rangoli competition was organized in this.  Children from class VI to VIII participated in it.  Class VIII children did their best by making better Rangolis.  Through Rangoli, children have tried to tell that each other’s civilization, culture and dialogue can be established through language.  If there is knowledge of the language, then the path of development will be paved. After that the children of eighth class were declared winners.  The children expressed their happiness on winning the competition.