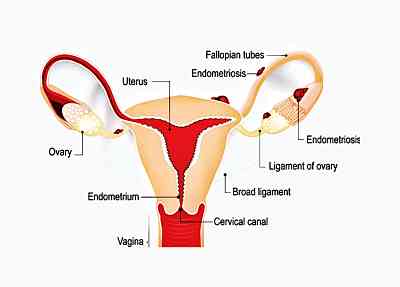 Endometriosis: A new test makes it possible to diagnose the condition more quickly

The French start-up Ziwig and the National College of French Gynecologists and Obstetricians (CNGOF) have implemented the first saliva test to diagnose endometriosis.  This Endotest allows the early detection of all forms of endometriosis.

Endometriosis, a difficult disease to diagnose

Endometriosis is a gynecological pathology linked to the development of a uterine lining outside the uterus.  This disease, which affects 10% of women in France, is often difficult to detect.

The path to obtaining the diagnosis is complicated: interviews with the doctor, clinical examination, ultrasound and MRI.  On average, the time to make a diagnosis is now 6 to 8 years.

On February 11, the Lyon-based start-up Ziwig and CNGOF experts announced the development of the Endotest.  This is the first saliva test that can detect endometriosis in just ten days.  This discovery would therefore be a world innovation.

How does the saliva test work?

“A French team bringing together doctors who are experts in endometriosis and engineers in artificial intelligence has just developed a diagnostic test based on the sequencing of microRNAs present in saliva,” Ziwig said in a press release.

The realization of this test is simple: the patient spits in a tube and sends it to a laboratory which will detect the presence of the disease or not.  It “allows the early detection of all forms of endometriosis, even the most complex, with near 100% reliability”.

For the time being, this test is the subject of consultation with the French health authorities.  It is also awaiting the agreement of the Haute Autorité de Santé.  A new study with a larger sample is currently underway.

READ MORE: How Long Does It Take to See Results When You Start a New Workout Regime, According to Top Fitness Trainers | Health and Fitness