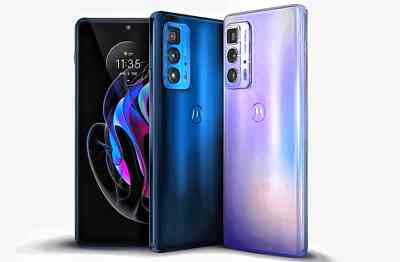 A special feature has been given in this Motorola phone called Ready For, with the help of which users will be able to share their phone on big screen like webcam.  68W fast charging will be available in this phone.  Motorola Edge 30 Pro will compete with Asus ROG Phone 5s, Vivo X70 Pro and iQOO 9 series handsets in the Indian market.

Motorola Edge 30 Pro will run on Android 12 support.  It has a 6.7-inch Full HD+ POLED display with a resolution of 1080×2400 pixels and a refresh rate of 144Hz.  The phone has 8 GB LPDDR5 RAM and 128 GB of storage with Snapdragon 8 Gen 1 processor.  This phone has three rear cameras in which the primary lens is 50 megapixels.  The second lens is 50 megapixels ultra wide angle and the third lens is 2 megapixels depth sensor.  A 60 megapixel camera has been given in the front.  The phone has a 4800mAh battery, with which there is support for 68W TurboPower fast charging.

The price of 8 GB RAM and 128 GB storage variants of Motorola Edge 30 Pro has been kept at Rs 49,999.  The phone can be purchased in Cosmos Blue and Stardust White color.  It will be sold offline and from Flipkart from March 4.  You will get a cashback of Rs 5,000 on payment by SBI credit card.