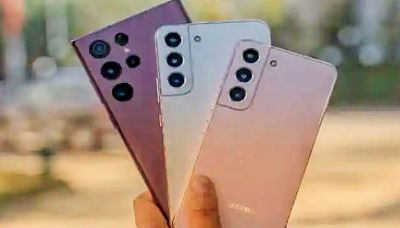 More than 70 thousand Indians pre-ordered this phone in less than 12 hours, surprising even the firm

The craze of Samsung’s latest Galaxy S22 series smartphone is increasing among Indians.  Its popularity can be gauged from the fact that the series has set a new flagship record in India.  According to Samsung, the company has achieved over 70,000 pre-bookings in less than 12 hours.  The pre-bookings for the Galaxy S22 series in India have started from February 23.

Aditya Babbar, Senior Director and Head of Product Marketing, Samsung India, said, “We are grateful to our consumers for the overwhelming response to the new Galaxy S22 series. The pre-orders for the Galaxy S22 series are extremely encouraging and we are looking forward to offering our customers this device.  Committed to providing it as soon as possible.

Smartwatch and Buds at a low price

• At the same time, customers pre-booking Galaxy S22 + and Galaxy S22 will get Galaxy Buds 2 priced at Rs 11999 for just Rs 999.  The Galaxy Buds 2 deliver premium sound quality for an immersive audio experience and are powered by Advanced Active Noise Cancellation (ANC) technology, which blocks out unwanted ambient noise.

Consumers in India can pre-book their Galaxy S22 Ultra, Galaxy S22+ and Galaxy S22 from February 23 to March 10 at leading retail outlets, Samsung Exclusive Stores, Samsung Online Store and Amazon.  The sale of Galaxy S22 series will start from March 11, 2022.

What’s special about the phone

This is the price of different variants in India