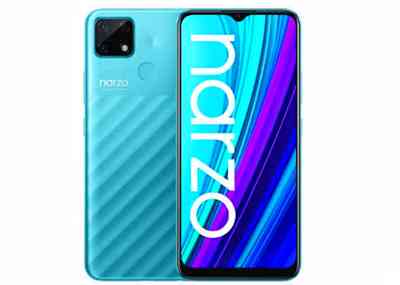 Talking about its specification, this phone has a 6.6-inch full-HD + (1,080×2,400 pixels) IPS LCD, which has a refresh rate of 120Hz. Realme Narzo 50 has a triple camera setup, in which 50 megapixel primary camera, 2 megapixel portrait camera and 2 megapixel macro camera have been given. Let us tell you that the phone has a 16-megapixel selfie camera.

Also, the Realme Narzo 50 offers up to 128GB of internal storage, which can be expanded up to 256GB via a dedicated SD card slot. If we talk about connectivity options, then this smartphone is equipped with 4G LTE, Wi-Fi, Bluetooth and GPS etc. Talking about battery backup, this phone has a 5,000mAh battery, which will get a 33W SuperDart fast charger for charging.

Let us tell you that the price of Realme Narzo 50 in India starts from Rs 12,999 which is for the 4GB RAM + 64GB storage model. So at the same time, the price of 6GB RAM + 128GB storage variant is Rs 15,499. This smartphone can be purchased in Speed ​​Black and Speed ​​Blue color options, and this smartphone will be sold from Amazon and the company’s online store and retail store. Also, the sale of Narzo 50 will take place on March 3 at 12 noon.