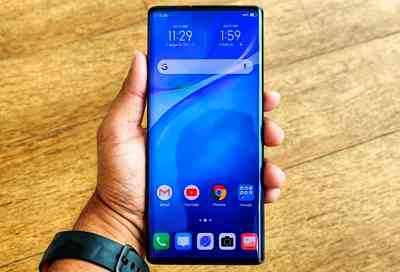 Vivo is reportedly working on a flagship device.  The device has surfaced in the 3C listing with model number V2170A.  Although the name of the device is not mentioned in the listing, but the tipster believes that it could be Vivo X Note.  The tipster said that the phone was to be launched as Vivo Nex 5.  However, now it will be launched under the Vivo X Note moniker.  The Vivo X Note moniker has surfaced for the first time, so it is not certain whether the phone will launch under the same name.  This information comes from tipster WHYLAB, which has been the source of many other smartphone leaks in the past.

The tipster has shared a short clipping from the 3C listing which shows the model number as V2170A.  It states that the device is 5G operated and has support for 80W fast charging.

The tipster has also revealed the specifications of this device.  According to which, Vivo X Note can have a bigger 7-inch Samsung AMOLED E5 display.  It will offer Quad HD + resolution and 120Hz refresh rate.  Panel can be curved with a centered punch-hole.

Vivo X Note can come with Qualcomm’s flagship 8 Gen 1 chipset.  While the details of RAM and storage configuration are not revealed, we can expect up to 12GB of RAM and 256GB of storage on this phone.  The phone is said to have a quad rear camera setup that includes a 50-megapixel Samsung S5KGN1 primary camera, a 48-megapixel Sony IMX598 lens, a 12-megapixel Sony IMX663 snapper, and an 8-megapixel OV08A10 camera with 5x zoom.  There is no information about the front camera yet.

READ MORE: Redmi Note 11 Pro will be launched in India on March 9, will have 108 megapixel camera | Technology

The Vivo X Note is expected to pack a 5,000mAh battery with support for 80W charging.  Its dimensions can be 168 x 76 x 9.2 mm and weight 221 grams.  Vivo has not confirmed any details of the smartphone, although leaks suggest that it could be launched next month.

0 thoughts on “Vivo X Note will be launched next month, the phone will get 50 megapixel camera | Technology”