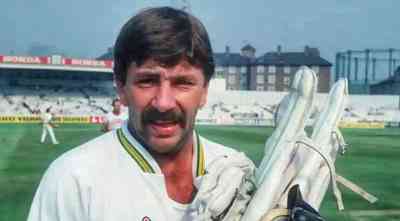 Rod Marsh, an Australian cricket legend, has died at the age of 74!

The cricket world is in mourning after the death of Australian great Rod Marsh at the age of 74.  The former wicketkeeper suffered a heart attack in Queensland last week and was placed in an induced coma before being transferred to Adelaide, where he died on Friday.

Marsh played his first of 96 Tests for Australia in 1970 and, thanks to a combination of athleticism behind the stumps and often explosive batting, came to be regarded as one of his country’s finest.

His partnership with fast bowler Dennis Lillee became part of the folklore of the game, and the “catch marsh, bowl Lillee” line became a common entry on international scorecards in the 1970s and early 1980s.

After retiring as a player, he oversaw the country’s cricket academy and later became a selector.  He spent time in England as director of the England and Wales Cricket Board’s National Academy during a four-year stint between 2001 and 2005, and also oversaw the International Cricket Council’s inaugural World Coaching Academy in Dubai.

He was inducted into the ICC Cricket Hall of Fame in 2009, 24 years after he was elected to the Sport Australia Hall of Fame.  He also became a member of the Order of the British Empire in 1982.

Australia’s current Test captain, Pat Cummins, led tributes from the world of cricket and beyond, calling Marsh a “giant figure” of the Australian game.

“I, along with countless others in Australia, grew up listening to his stories as a fearless and tough cricketer, but his flamboyant batting and his brilliance behind the stumps in more than a decade has made him one of the greatest players of all time.  made one.  Our game, not only in Australia, but globally,” Cummins said.

“When I think of Rod I think of an eclectic and larger-than-life character who has always had a life-loving, positive and relaxed outlook, and his passing has left a huge void in the Australian cricket community.  gives.”

Adam Gilchrist, one of Marsh’s successors behind the stumps for Australia, said he was “shattered” by the news.  “I thought he was invincible. He was my ultimate role model and hero and inspiration for why I did what I did. The impact he had on my life is profound.”

Former Test player Mark Waugh tweeted: “Deeply saddened to hear of the passing of Rod (Bacchus) Marsh, a role model of Austrian cricket. Enjoyed working with Rod for many years as a selector  And you won’t meet a more honest, grounded, kind person.

Women’s national team wicketkeeper Alyssa Healy said it was a “sad day”, while former captain Lisa Sthalekar referred to Marsh as “a legend of a cricketer, a great man who welcomed everyone to this great game”.  “

Former player and commentator Carey O’Keefe said it was “the saddest day ever”.  He tweeted, “Excellent service to Australian cricket…Great teammate…I smile at the mention of his name…Great dig.”

Former men’s international David Hussey wrote, “His saying, ‘Cricket is a simple game made complicated’ still resonates with me.”  “Rod will be missed, thoughts are with his family.”

English commentator Alison Mitchell posted: “Deeply saddened for Rod Marsh RIP. Played his part in England as well as Australia, when he led England’s first national academy, and was a selector. What a character, what a loss.  .  a legend.”

Australia’s Test players are expected to wear black when they start their series in Pakistan on Friday.  Cummins said on Thursday that Marsh’s condition, who has “really good relations” with several players, was playing on his mind in the buildup to the match in Rawalpindi.

Cricket Australia’s president, Lachlan Henderson, said “Marsh caught, Lillee bowled” had achieved a “coveted position” in the game and Marsh would be remembered for the way the game was played.

Henderson said, “Rod made a huge contribution to the sport by identifying, coaching and mentoring many future stars in his various roles as coach and director of cricket academies in Australia and other cricket-playing countries.”

The ICC called him a “true legend of the game”, while Australia’s prime minister also paid tribute to the man, whom he called his favorite player.

Scott Morrison said, “He was part of one of the most exciting eras in Australian and world cricket.”  “He will be remembered as one of the greatest Test cricket players Australia has ever produced.”