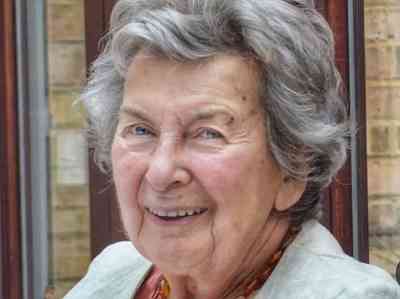 My colleague and friend Eglé Laufer, who has died aged 96, was a psychoanalyst who worked for over 50 years at the Brent Center for Young People (BCYP) in North West London, where she was President.

Eglé began providing psychoanalytic therapies to adolescents at BYCP when it was created by her and her husband, Moe (Moses) Laufer, in 1967. She remained completely dedicated to psychoanalysis, and even in her 90s she participated in two weekly clinical meetings at the center.

Over the years, Eglé has also conducted important research on adolescent rupture that identified the importance of having dedicated spaces, such as the BCYP, to consider adolescent development.  With Moe, she suggested that mental breakdowns among adolescents were often related to rejection of the adolescent body.

READ MORE: Diabetes: Feeling ‘at night’ which can be a sign of high blood sugar levels | Health

She was born in Vienna to Sigrid, an Austrian child psychiatrist, and her husband, Imre Vajda, a Hungarian economist.  Her parents divorced in the early 1930s when Eglé was still young, and when her mother married Edwin Pribram, an aeronautical engineer, she moved to London at the age of seven with the new family. her.

Eglé graduated in mathematics and physics from King’s College London, but later decided to become a psychoanalyst, training at the Institute of Psychoanalysis during the 1950s. She first worked with young women in the obstetrics department at University College Hospital and later he became a training analyst at the British Psychoanalytic Society.

Two years later, with a group of psychoanalysts led by Moe, Eglé founded BYCP to provide free psychotherapy and focus on adolescent breakdown, at a time when treatment of adolescents was ignored by conventional psychoanalysis.

Together, Eglé and Moe created Adolescent Exploratory Therapy (AET), an adapted version of traditional psychoanalytic psychotherapy for vulnerable and difficult-to-engage youth.  With her work at the BCYP, which provided AET to 374 young people last year alone, Eglé and Moe’s reputation spread further and similar services for adolescents were created in Geneva, Milan and the US.

READ MORE: The culinary devices that have stood the test of time | Food

Moe died in 2006. Eglé is survived by Nick and four grandchildren, Jenny, Eva, Emilie and Raphael.